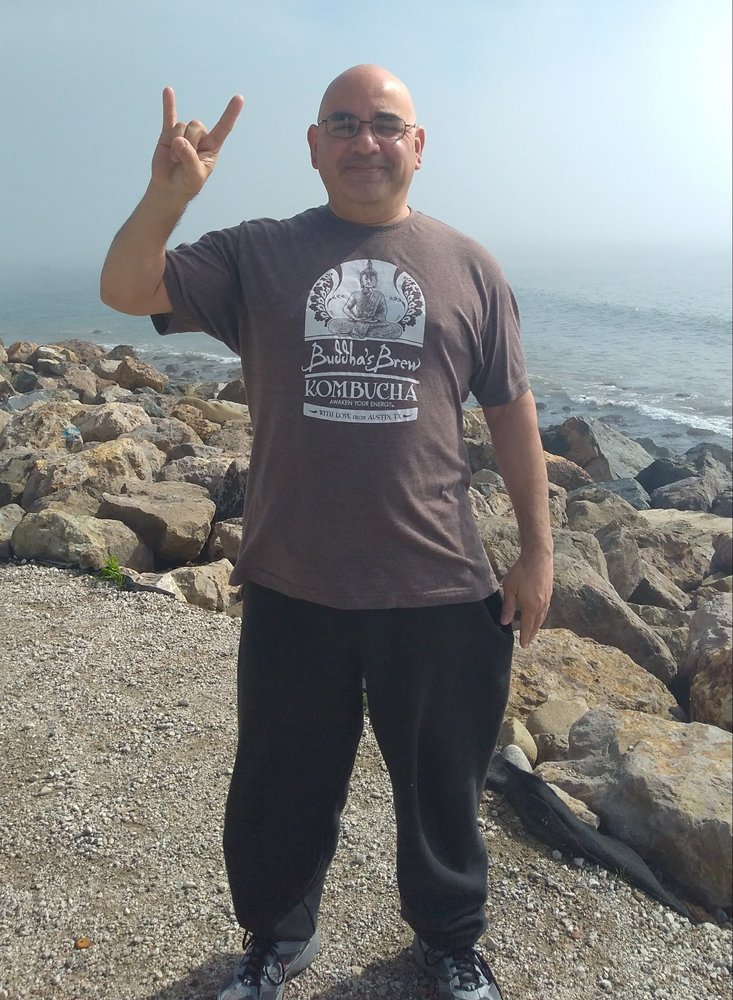 Plant a tree in memory of Roger

My condolences to Mary and his entire family. I had the pleasure of working with Roger at HEB and will greatly miss his laughter and sense of humor.
Please wait
Share Comment
R
Rhonda Goodson Graham posted a condolence
I worked with Roger for several years and he was always kind. He was fun loving and a hard worker. I can hear his laugh as I write this. He will be missed by many and he will not be forgotten.
Please wait
Share Comment
R
Rhonda Goodson Graham lit a candle

My thoughts and prayers are with the family and friends.
Please wait
Share Comment
E
Elsa Killian posted a condolence
Our most heartfelt condolences to Mary and her family on this sad passing of Roger. I was a co-worker of Roger at HEB Plus, I didn’t know him very well but the little that I knew of him he sounded like a great person. My husband Billy first met Roger at HEB when he went in search of some supplements, he was very helpful. Again we send our sincerest condolences to the family and will continue to lift Mary and her family in our prayers.
Please wait
Share Comment
T
Tony and Gloria Guerrero,lll posted a condolence
Our thoughts and prayers are with you and your family.Please accept our heartfelt condolences on the loss of your love one... Sincerely Tony and Gloria Guerrero,lll
Please wait
Share Comment
N
Nelda posted a condolence
Roggie was always the baby cousin to me, and he grew to be a great man with a soft spot for his family. Now he lives among them and will ever be his beloved wife and children's angel above. Ever in our hearts and minds. See you someday baby cousin! All my love to your brothers and your family! RIP
Please wait
Share Comment
1
The family of Roger Joseph Garcia uploaded a photo

Please wait
D
Daniel & Marianne Van Dongen posted a condolence
My name is Dan. I first met Roger when I was working as a therapist with his wife, Mary. Her goal was to be able to walk at her son's wedding. Roger was there and assisted at every session, as her support and someone who helped her follow through on exercises. Roger ended up being the true therapist/ helper for Mary, as he was always there for her and pushed her to walk again. She did end up walking at her son's wedding- thanks to their teamwork effort every day. My friendship with Mary and Roger continued when I brought my girlfriend (now wife) Marianne to meet them at their home. Mary cooked delicious tamales, enchiladas, homemade salsa, and cake for us and was always so hospitable. Roger would brag how she would take all the fat out of the tamales and they still tasted so good. I loved how he called her "Mama", and he would usually have a second plate of whatever she made. They loved their cats- Mary would pick one up (the baby) and call her her baby, even though the cat was so big and fat! They told us stories about their son, Fabian, as a baby. They said he used to eat soo much and that is why he is so big and tall now! They always talked about their daughter who went on mission trip. And, they talked about their grandbabies- we could tell they loved them! Roger was lucky to have Mary and Mary was lucky to have Roger. They seemed like a real down to earth couple who we could look to as an example for how to live in a marriage one day. They would say, "When are you guys gonna get married?" Through our relationship, we were able to receive advice and encouragement from them. Some advice they gave us was to remember that the other person is the most important person and will be there for our whole life, so to remember that even when we are upset with each other or whatever-- to treat each other with this in mind. Mary and Roger were some of the biggest, most constant supporters of our future together. They came to the engagement party, even though it was a far drive to Burnet. They came to the wedding this past June 2018, and you would never know anything was wrong with Roger. He was always just there for you, and did not complain. That is one of the biggest things-- he was a very strong person that did not feel sorry for himself, and that is a great example for us. Instead, he seemed to live his life supporting others. Thank you Roger for taking time to get to know us-- we feel your support and you made an impact on our lives for the better, just as we know this is true for all he touched, especially his family. Please know we will be praying for Roger's soul, Mary, and all of his family.
Please wait
Share Comment
<< Previous Next >>

Share Your Memory of
Roger
Upload Your Memory View All Memories
Be the first to upload a memory!
Share A Memory
Plant a Tree