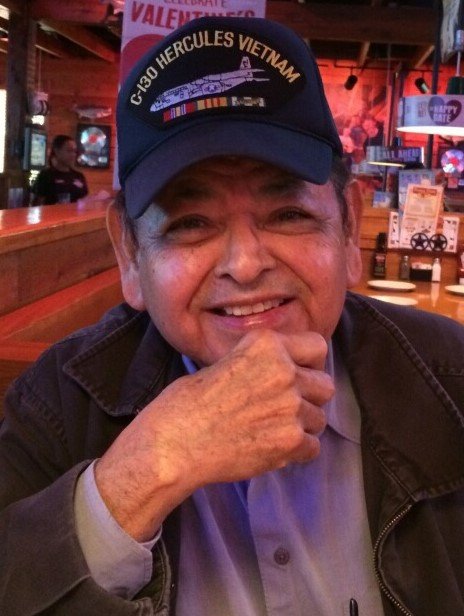 Mike was born on September 30, 1933 in Temple, Texas to Mr. and Mrs. Cruz Jimenez, Sr. He was employed by Temple Hardware and Plumbing Co. when he enlisted in the U.S. Air Force and received basic training at Lackland AFB Texas.

After basic training, he was sent to Sheppard AFB Texas for B-29 Bomber School and to Amarillo AFB Texas for Jet Aircraft School. Approximately half of his Air Force career was with the Tactical Air Lift Command’s C-130 Hercules Aircraft and through a course of many temporary duties (TDY’s) he traveled to many places. He was a Proud Veteran of the Korean Conflict and the Vietnam War.

Deciding to retire from the Air Force, he and his family transferred from England to Texas and took up permanent residence in Austin. He started a second career with the U.S. Postal Service and after 25 years, he retired once more.

He was preceded in death by his loving wife of 35 years, Guadalupe Esparza Jimenez; his parents, Cruz Jimenez and Guadalupe Castillo; and brother Timio Jimenez.

Share Your Memory of
Miguel
Upload Your Memory View All Memories
Be the first to upload a memory!