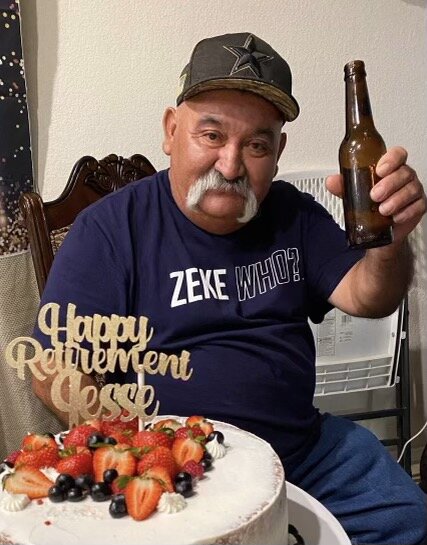 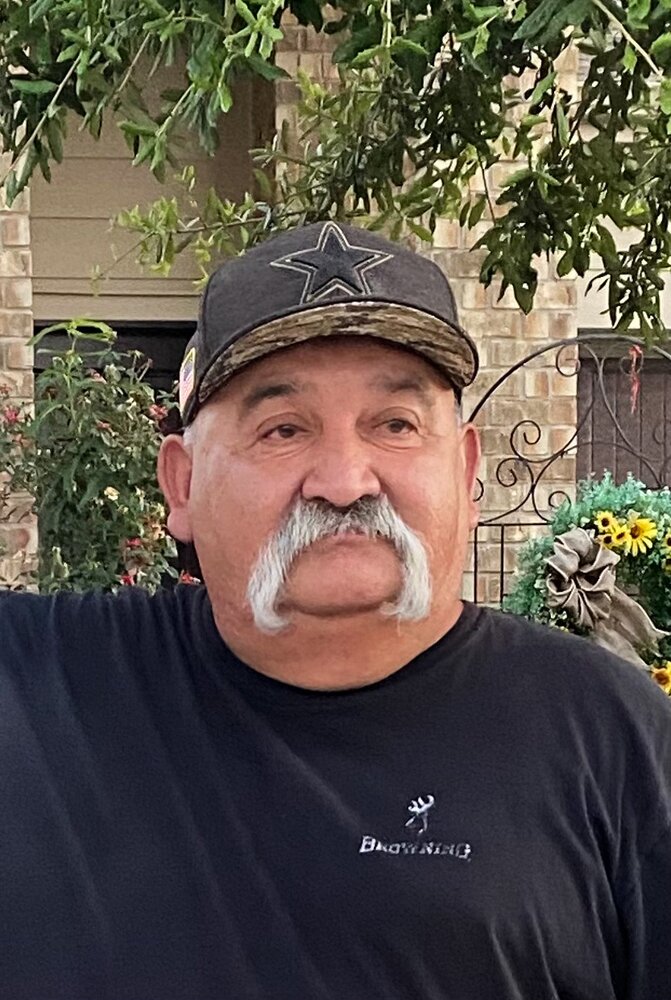 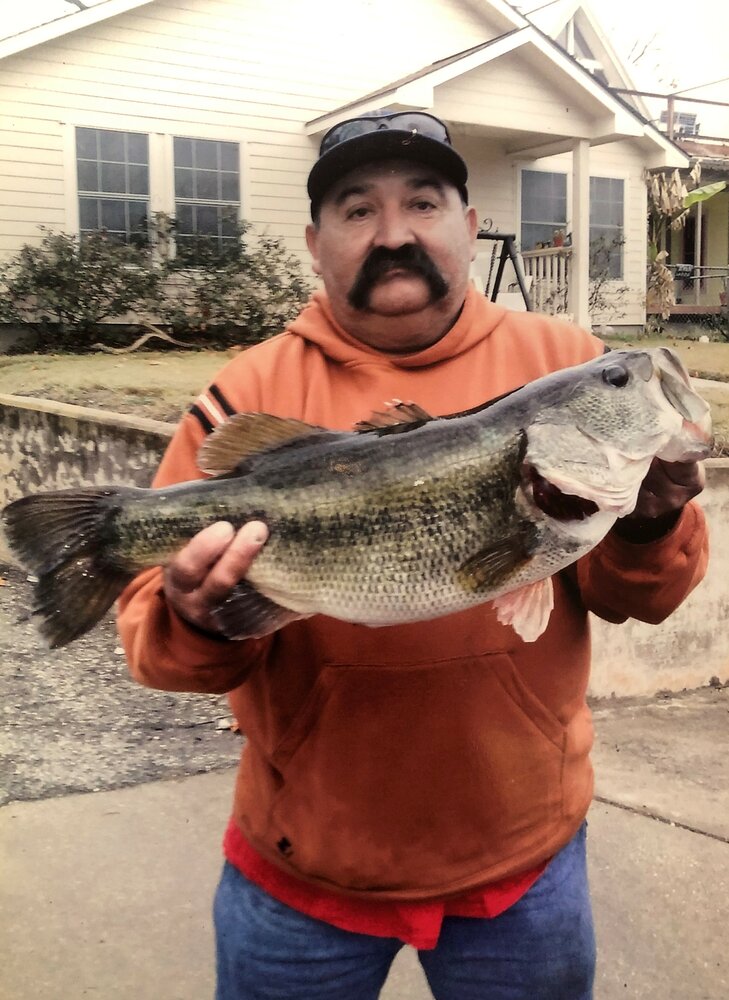 Our beloved Jesse Joe Segovia, age 63, resident of Austin, was born into Eternal Life on Monday, August 30, 2021. Jesse is reunited with his father, Jesse E. Segovia; his brother, Gabriel Segovia; and his beloved dog, Beamer.

Jesse was a professional landscape equipment operator who took pride in his work, with special care for his own lawn and garden at homes he owned in both East and South East Austin. Jesse retired from the City of Austin’s Parks and Recreation Department with an incredible career of 39 years of dedicated service. Post-retirement, he dedicated an additional 10 years of his life with the Austin Independent School District. His commitment to the community was at the heart of his passions. Jesse officially stopped working after an amazing 49 years of hard work in the Texas heat and had the sun tan to back it up. Through all the years of work, one would have thought he’d lost his touch along the way, but he just got better with time. On the contrary, Jesse wouldn’t just make sure the job was done but done well and never hesitated to go the extra mile - speaking volumes of his excellence. He knew all the tricks of the trade to do the job quicker and better, without ever compromising on the quality his work was known for. His family would always hear fun stories from the younger guys he worked with about how he would make them all look bad, but never maliciously nor intentionally. A testament to his work ethic, they would always tell him to “slow down Jesse” because his high expectations were always difficult to keep up with, even as the “old man” - as they would call him. Beyond his impressive career, he was also quite the sketch artist, a talent he surely acquired from his own father Jesse E. Segovia. From time the time, he would share his talent and sketch fellow co-workers, giving everyone a reason to laugh and smile at each other’s caricature drawings.

Jesse was a kind and loving husband to his wife Patsy, providing unconditionally and endlessly through his strength, love, and endurance for his family. Beyond the material, Jesse passed on to his family invaluable knowledge that they will carry with them through their lives. He taught his family perseverance when trying to attain a goal or being met with a challenge. His wife Patsy knows all too well about Jesse’s determination - never giving up. The two shared a chance encounter at an establishment on Pleasant Valley for her 18th birthday where it was love at first sight and he made sure she knew that. She on the other hand was very shy and tried her best to avoid him afterwards, but ultimately fate lead the two to share their first date to the carnival in 1976. From that moment on, they began their forever lives together. As his family grew, when his sons would clean the yard, you could hear Jesse motivating them to “hurry up or you’ll never make it for the City”. Perhaps he was right, after all two of his sons Jesse and Jonathan followed his footsteps working for the City of Austin and although they gave it their all, they just could not keep up with the legend himself. Being more patient and delicate with his daughters Beatrice and Desiree, he taught them both how to be independent and no matter what they pursued he was right there believing and encouraging them. Aside from passing on his landscaping knowledge, Jesse was a well-versed auto mechanic always working on his vehicles, whether it was his 1967 Chevy Camaro, or his wife’s Oldsmobile Cutlass Supreme also known as “the yellow banana” as she liked to call it. His children knew that if they were purchasing a used vehicle, to make sure to take it to him to get it looked at and get his approval first. If there ever was a time one of his children had a vehicle breakdown, he would be the first one on his way to help. Even on Father’s Day, without hesitation he would provide his assistance instead of relaxing on his special day. Beyond sharing his knowledge, more than anything in the world he enjoyed spending his free time with his family, whether it was just another day or holiday occasion. Some of his family’s fondest memories are the holidays because he always brought them to life with his spirit. Jesse was always ready to dress up as Santa Claus and give a photo op. During Halloween, you could catch him sitting on the porch in a costume from head to toe giving his best mannequin impersonation ready to frighten trick or treaters who bravely approached his Holly street home. His approach was always go big or go home when it came to the holidays. He went all out when it came to decorating the exterior of the house. On any given holiday you would find yourself navigating through the most elaborate maze of inflatable yard decorations just to make it to the front door, a testament to how much he enjoyed these times. You never knew what trick he had up his sleeve or plans he had for the holidays, you only knew you looked forward to going over and celebrating with the family. At times it would be difficult to find him a gift for his birthday as he would rather enjoy giving than receiving. Jesse showed his loved ones how to come together, be happy, and enjoy each other’s company, beyond the material and living in the moment.

Besides being a genuine family man, he was well-respected, loyal, and a caring man who most East Austin residents had the opportunity to call a true friend. Those who knew Jesse came to recognize his signature style with folks waving outside their window as they drove down the street and spotted him. His iconic horseshoe mustache, a ball cap that was either Dallas Cowboys or the Texas Longhorns, and dark blue denim jeans no matter the season was a staple you could find Jesse in at any given time. He was always willing to offer a free meal and even opened his home to any friend and family member in need. Although his accommodations were modest, he would squeeze you in nonetheless and you would have thought he owned a mansion looking at the size of his heart and generosity. Homeless or not, his home was always open, and it did not matter to him the type of life you lead or the choices you made in life. He was nonjudgmental, had an open mind, and open ear if you needed someone to listen. On any given day, you would find East Side’s local “Sapo” visiting with Jesse, both sitting outside on lawn chairs enjoying a nice refreshing bud light, old school tunes playing on the radio, and engaging in deep conversation. Jesse loved conversation; he could tell you the most elaborate story on any topic. He was a natural storyteller and it made him happy to be surrounded by friends from all walks of life. He was a leader in his community showing what it means to truly be neighborly and provided the blueprint for compassion.

In addition, Jesse was a beloved outdoorsman, skilled fisherman, and bar-b-que pitmaster. He spent countless hours at what East Austin locals knew as Town Lake, catching largemouth bass. He loved animals and owned so many family pets over the years. Every year his “zoo” grew larger - he had every animal from dogs to raccoons and chickens to rabbits. He enjoyed waking up early at dawn on a weekend morning, starting his day off with some of his favorite Joe’s Bakery breakfast tacos and sweets, then onto garage sale shopping with his wife tagging along for the ride. Every weekend he would come home with a variety of items he had purchased. He loved a good savings deal and even more so loved to negotiate. Honestly speaking, I believe the reason he secured so many great deals was because the folks hosting the garage sales must have been completely exhausted from haggling and just ended up giving him the items. His statue and figurine collections outgrew every shelf in the house but that never stopped him. His wife would often let him know that there was no more room and he would respond “don’t worry about it, I have a plan”. His favorite movie was Full Metal Jacket, which influenced his son Bobby to join the Marines and become a combat photographer. On a quiet evening at home he would enjoy snacking on cookies with a large glass of milk as he watched his Clint Eastwood or classic cowboy movies, even if he had seen them a thousand times.

It is the Segovia family's wish that all who attend services please be conscious of the health and safety of others in attendance by wearing masks and social distancing while in the chapel.

Services for Jesse will conclude at the close of the chapel on Thursday evening.

Share Your Memory of
Jesse
Upload Your Memory View All Memories
Be the first to upload a memory!
Share A Memory
Plant a Tree