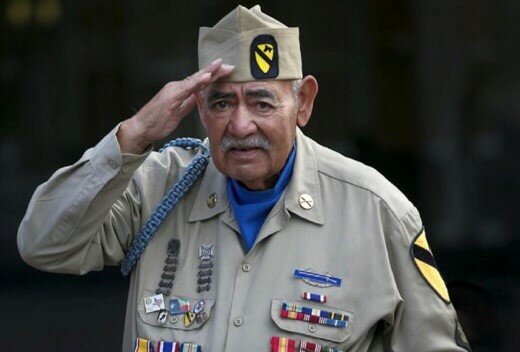 Korean War Veteran Edwardo L. Jackson, Sr., 84 of Austin, passed away on Wednesday, October 27, 2021. Born in Donna, Texas, he joined the United States Army in 1955 serving overseas in the Korean War and was discharged with full honors in 1958 receiving numerous awards during his military career. He was a proud U.S. Veteran who would proudly wear his Korean War Veteran hat or his full U.S. Army uniform at Veteran Day events.

After receiving an honorable discharge from his military service, Mr. Jackson worked with Nacos Pool Company and Mrs. Baird’s before finishing his career with Shermar, Inc. His hobbies included socializing at the local VFW’s or with his fellow veterans, spending time with his family, and hunting in the ranches of South Texas with close friends and family from the Rio Grande Valley. Mr. Jackson could often be seen walking his dog around East Austin frequenting local East Austin convenience stores for coffee while meeting new neighbors.

He was preceded in death by his Parents, Daniel and Sophia Jackson and two Brothers, Lee Roy and Jesse Jackson.

Funeral Services will be held on Saturday, November 6th, 2021 at 10:00 am, Mission Funeral Home Chapel, 1615 E. Cesar Chavez with Interment to follow at Assumption Cemetery.

Military Honors will be presented at the Graveside Services.

Share Your Memory of
Edwardo
Upload Your Memory View All Memories
Be the first to upload a memory!
Share A Memory