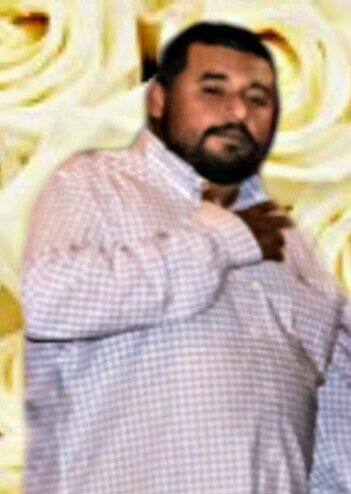 Our beloved Lorenzo Steven Ibarra, age 28, was called to our Heavenly Father on Thursday, January 6, 2022.  He was preceded in death by his grandparents, Aurelio Ibarra Saavedra, Guadalupe Martinez, and Johnny Salazar, and Frances Alvarado, and his cousin, Veronica Ibarra.

Lorenzo was born on March 29th 1993, in Austin, Texas. He worked doing landscaping which was something his father taught him to do growing up it’s a family passion which he wanted to keep going. He had hopes and plans for his business which he Named LSI which were the initials to his name. LSI was starting to take off with many jobs to keep him and those closest to him busy. Lorenzo had several passions that were close to his heart he loved to watch wrestling he love to go out with his friends and his brothers to go dancing. He loved all kinds of music. He loved to make people laugh he loved to tell jokes he wanted to make everyone happy. He had this laugh that was one of a kind we will miss his unique laugh. He loved to cook one of his favorites was to make Pozole. He would make it and want to send it home with his loved ones. But his main passion was for his family his Mother and Father, Brothers and Sister, Nieces and Nephews, his Aunt, Uncles, Sister in laws and brother in law they were his world. He always treated his siblings like they were all younger then him like if he was the big brother. Lorenzo just wanted to protect those he loved. He loved and adored his abuelita Maria, Rachel Martiez and his god parents Raul and Teresa, Tia Jessica and Uncle Chris. He has numerous of cousins that he cared for deeply as well. He loved his wife Angelica and his bonus kids Alex, Nathaniel, Serenity and Alexis. He called them his kids. They all were his heart. He had many friends but only kept few that were closest to him close and considered them as family. He loved being surrounded by those he cared for and always tried to help those closest to him.

He had the biggest heart. Lorenzo’s was very much loved in return by those who were lucky to know him and to be a part of his life. Our world isn’t the same as it was when he was here but we know that he will never be far from our hearts. He will always be by our sides watching over us from Heaven. We miss him so much but we know he would want us to continue to enjoy and live life for him.

Lorenzo’s Family would like to thank those that were there for him those that took the time to actually get to know him and love him like we loved him.

A Scripture Service will begin at 11:00 a.m. on Saturday, January 22, 2022 also at Mission Funeral Home - South Side.  This will conclude the public services for Lorenzo.

Rosary and Scripture Service will be live-streamed to allow those unable to attend to participate.  Follow link to Facebook Live Mission - South Side

Share Your Memory of
Lorenzo
Upload Your Memory View All Memories
Be the first to upload a memory!
Share A Memory