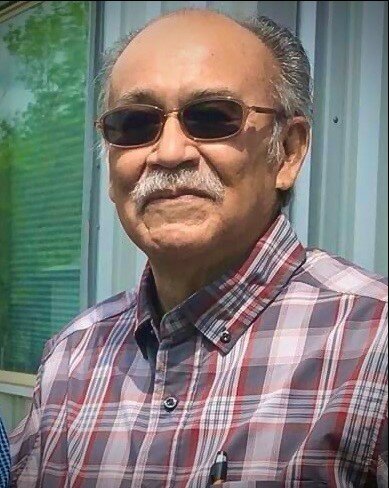 “I have fought the good fight, I have finished the race, I have kept the faith.

Now there is in store for me the crown of righteousness, which the Lord, the righteous Judge,

will award to me on that day—and not only to me, but also to all who have longed for his appearing.” 2 Timothy 4:7-8

He was preceded in death by the mother of his children, Yolanda Lugo; his parents, Domingo P. Lugo, Sr. and Rosie Guajardo Lugo; his brother, Tony Lugo, and his sister and brother-in-law, Gloria and Glen Chapin.

Services will be live-streamed to allow those unable to attend to participate.  Follow link to Facebook Live Mission - South Side

Share Your Memory of
Domingo
Upload Your Memory View All Memories
Be the first to upload a memory!
Share A Memory