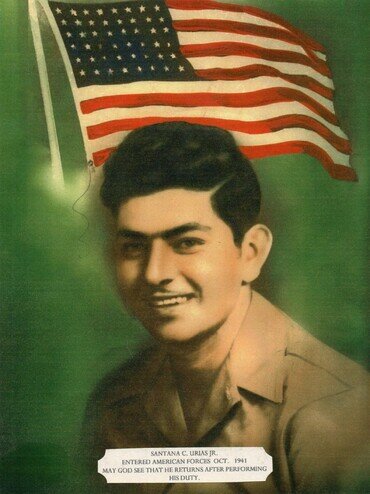 Santana proudly served our country as a member of the United States Army and is a veteran of World War II.  As a nation, we are grateful for his service and dedication to the safety of our country.

Share Your Memory of
Santana
Upload Your Memory View All Memories
Be the first to upload a memory!
Share A Memory