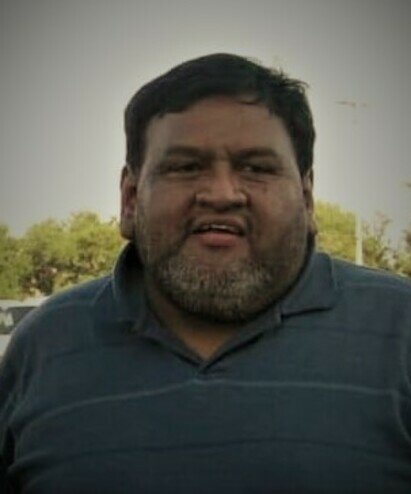 Please share a memory of Jose "Joe" to include in a keepsake book for family and friends.
View Tribute Book

Jose "Joe" Ramon Fabian passed away on August 13, 2022, at the age of 57 after suffering from a brain hemorrhage.  Because he was a registered organ donor, at the end of his journey he was given an Honor Line by the medical staff at St. David’s hospital and his family.  He was honored for giving life to others… even after his death he left us with this gift of generosity.

He was born in Ft. Myers, Florida but most of his life in Austin, Texas.  He was the child of migrant workers and travel the southern states with his family in his early years.  He was then employed with the City of Austin for 28 years -- he loved his job.  He received the Goodwill Ambassador Award for being armed with a friendly smile, listening ears and a commitment to excellence in his job. He served as a youth leader at San Jose Church.  He also received appreciation for his involvement in the community -- his beloved Montopolis neighborhood.

His happiest times were attending the monthly family gatherings for the Family Rosary. He was the host for the most recent one and cooked the entire meal.  He was a faithful and humble servant of the Lord.  He also enjoyed our family camping trips, casino trips, vacation trips, the American Heart Walk and celebrations.  He walked everywhere and always showed up for everyone even if it meant he walking for miles.

Joe Ramon Fabian was a devoted person who made everyone he knew feel loved, safe, and supported.  He knew everyone and everything.  He was an avid Cowboys and Longhorn fan. He served as a father figure to several young nephews and nieces.  His phone calls, crazy comments, and caring nature will be missed immensely.  He will be forever in our hearts and we are thankful and blessed for the years we had with him.

The family would like to express it’s sincere thanks to the entire St. David’s medical staff and the medical staff from Texas Organ Sharing Alliance who supported Joe Ramon and family during this period. Also, thank you to family members and friends for their prayers, love, and generosity.

Forever remember him for living a life of serving others and giving of himself to others.

Share Your Memory of
Jose "Joe"
Upload Your Memory View All Memories
Be the first to upload a memory!
Share A Memory