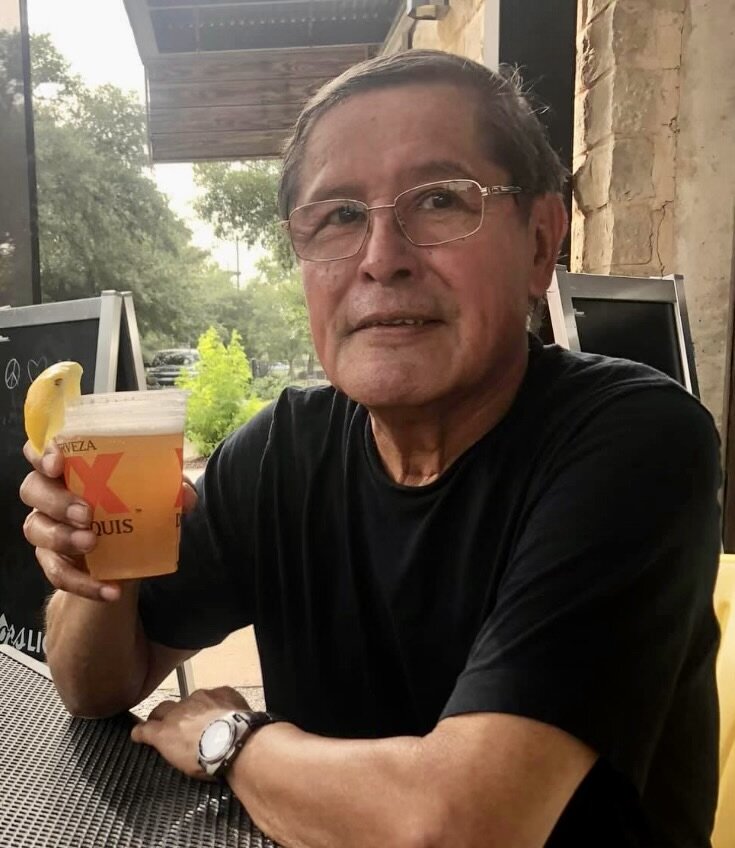 Please share a memory of Porfirio to include in a keepsake book for family and friends.
View Tribute Book

It is with deep sadness that we share our beloved Porfirio Martinez, Jr., age 75, was called home to our Heavenly Father on Sunday, November 13, 2022.

He was preceded in death by his parents, Porfirio Martinez, Sr. and Naomi Perez

Porfirio was an Austin, Texas native and joined the U.S. Army in August of 1965. After 23 months of being enlisted he decided to volunteer for Vietnam.  His Vietnam service began in August of 1967. In November of 1967, just three months after arriving in Vietnam, he suffered a gunshot wound to the head and almost lost his life. When he was given an ominous outlook of recovery, he was determined to live on, marry and start a family.  He graduated from the United States Army Engineer School with a diploma in Process Photography on October 15, 1968. Once finished with school he was assigned to HHC, 67th Signal Battalion, 5th Army in Fort Riley, Kansas, and worked as a postal locator.  He was released from active duty in October 1969 and was placed on non-active-duty Army Reserve until August 1971.  After the Army, Porfirio enjoyed being a press operator at multiple print shops in the Austin area until he retired at age fifty-five.

In addition to photography, Porfirio enjoyed bowling with his wife Vicki where they were members of several different bowling leagues. As a natural sportsman, he loved hunting and fishing outings and frequently did so with his son and grandkids. His additional hobbies included carpentry projects, researching family lineage, and exploring Native American history and its connection to our family.

Porfirio always spoke directly and with respect. He was an exceptional listener and when asked for his opinion, he always responded with assurance and confidence, giving a sense of genuine care, and well thought out advice. He always saved his sweet and tender side for his daughters and granddaughters.  He saw the love of his life for the first time at Zilker park, an Austin, TX staple.  When you asked him how they met he would say “I saw her playing baseball and knew she was the girl he was going to marry.”  Our pillar of strength, family patriarch and Chief will be greatly missed.  Para Siempre.

Porfirio’s impact was vast, and we would love to hear personal stories and experiences that he shared with you

Share Your Memory of
Porfirio
Upload Your Memory View All Memories
Be the first to upload a memory!
Share A Memory