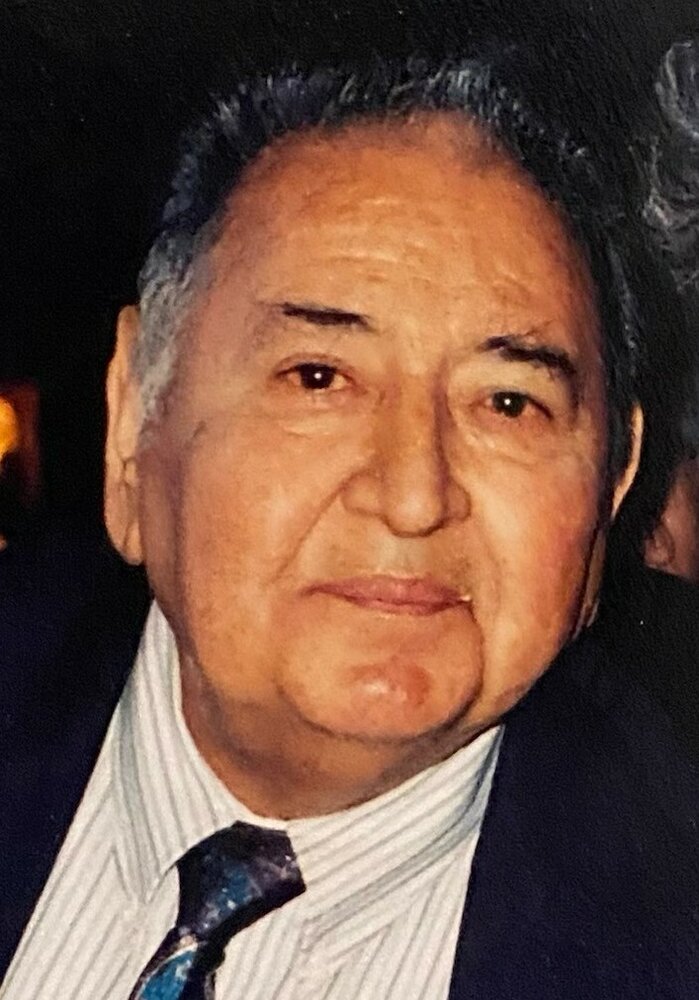 Please share a memory of Gabino to include in a keepsake book for family and friends.
View Tribute Book

Gabino Guerra Moreno, Jr.  filled his 88 years of life with enough love and friendship to last several lifetimes. He died in his sleep at St. David’s Main hospital, under Hospice care on November 23, 2022, after a series of extended illnesses.

The youngest of three, Gabby was born on June 28, 1934, in Liberty Hill, Texas, to Mr. and Mrs. Gabino Moreno Sr.  Growing up on a small farm, he learned at a young age the value of hard work to support his family. With a formidable degree of loyalty and humility, Gabino, was also known to his friends as "Gabby", and those from his family remember him as “Sonny” (a named coined by his late wife, Mary “Frostie” Moreno).

Gabby graduated from Austin High School, in Austin, Tx, class of 1952.   Upon graduation, he became an auto mechanic with Carter’s Transmission and Automotive.  During this time, he spent time with friends cruising the waters of Lake Austin in his own boat.  It was during this time that he met a very feisty and beautiful girl, Mary Frances Lopez, who was attending the University of Texas.  It was love at first sight and they continued their courtship, and were married in a ceremony in San Antonio, of course, on Valentine’s Day, 1960.

Soon after, Gabby was active in the Texas National Guard, and in December their first born arrived.  While Gabby was stationed in Louisiana fulfilling his National Guard duty, his wife and newborn decided to move in with her mother-in-law, the late Tomasa Moreno.  The couple exchanged many love letters while he was stationed in Louisiana working as an automotive technician servicing vehicles for the Guard.

Gabby and family’s first home was on Willow Street in East Austin, a few blocks away from his mother.  While Gabby worked at Carter's Automotive, Mary became a secretary for the state and eventually, she bore a daughter and a 2nd son.

In 1965, to accommodate their expanding family, the couple moved into what has become their final home on 3308 Touchstone St, Austin, Tx.  There, two more daughters were added to the Moreno clan, in 1966 and later, in 1977.  During these years Gabby became his own boss and started his own business, called Automatic Transmission Center, located on W.5th, now known as the warehouse district in downtown Austin.

Gabby’s love for fishing and being near the water, influenced the family’s many vacations to the nearby Texas Gulf Coast, camping on the beach, and at one time chased back home from Galveston due to hurricane Celia.

During the late-70’s, his business partner at the time, was found guilty of laundering “drug” money through their business.  This was a total surprise and shock to Gabby, but he continued to run the business solo until he finally had to shutdown for good.

Having sold his transmission business, Gabby took on transmission jobs from his home and began working for the National Guard as a part-time educator for fellow guardsmen.

In the mid-80s, Mary underwent a routine surgery at a nearby hospital.  Nearly two years later, the hospital administrator called to say that Mary had been given a blood transfusion which contained the HIV virus.  The family was devastated when her blood work revealed that she had tested positive for the AIDS virus.

Gabby, being a loyal husband, never faltered in supporting his wife and family through this difficult time.  Mary became a strong advocate for other women in the Austin area, many of which, unknowingly, became infected with the virus.  It was during this period of advocacy, when Gabby and Mary travelled internationally, as Mary was a scheduled speaker at several National and World AIDS conferences in the United States and abroad.  Although more comfortable on his recliner, sipping his favorite alcoholic drink, he was always willing to support his wife in her travels.  Often sacrificing his preferred quiet time at home, Gabby was willing to support his wife’s FOMO (fear of missing out) and was there by her side as needed.

Not only was Gabby a loyal husband he also provided a place in their home for his mother, Tomasa as she grew older and needed daily care.  Gabby carried on her cooking magic and eventually passed on some of her best Mexican recipes to his youngest where fideo sopa is now a staple in their home.

Although an HIV survivor, Mary was not able to avoid the deterioration that comes with Dementia, which she was diagnosed in 2015.  Gabby and Mary lived peacefully at their Austin home, enjoing late lunches at their nearby Denny’s and having coffee time chats sitting on their back porch.

In December of 2016, during a routine visit to their doctor, it was discovered that Gabby’s kidneys were beginning to show signs of failure.  Beginning in early 2017, Gabby began the necessary 3 times per week visits to the dialysis clinic. Most would have given up hope, but Gabby took this all-in stride, and became a very popular fixture at the dialysis clinic.  Gabby was always able to make friends, and this continued throughout his life.

In the years to follow, Gabby survived two mild strokes such that his mobility began to limit him to walkers for assistance, and eventually total dependence on his wheelchair.   Life became more difficult as Mary’s dementia worsened, yet Gabby stayed committed to his wife, and their humble home life, even when it became exhausting. On October 3, 2021, Mary passed on leaving Dad to continue his life as a widower.

Gabby insisted on living the latter years of his life in his home and was assisted with caring helpers from a local agency, and his family.  The loss of his canine companion, “Angel”, last spring, almost became unbearable.  Still Gabby showed resiliency until the following Autumn, where his body was no longer able to maintain any quality of life.

On November 23rd, Thanksgiving eve, Gabby with the assistance of Hospice, passed away peacefully and with dignity.

Gabby is survived by his son, Roger Moreno and his husband, Joe Hewitt; his son Greg Moreno, and his wife Yvonne; his daughters, Eunice Marsch and her partner David, Loretta Lyles and her husband, Kevin; and Anita Gutierrez and her husband Robert; 10 grandchildren, and 12 great-grandchildren. His nephew, Benny and, niece Mary Frances.   In addition, his extended family through his deceased wife’s San Antonio family, including brother-in-law, Samuel Lopez, and his wife Olga; sister-in-law Virginia "Ginger" Hernandez and her husband, Greg.

The rosary service will be streamed online for those unable to attend: https://www.facebook.com/missionmemorials/live_videos/

Gabby will be laid to rest next to his wife, Mary, at the Cook-Walden Capital Parks Gardens, 14501 N-IH-35, Austin Texas.

In lieu of flowers, donations may be made to American Kidney Fund.  You can donate online by visiting http://www.kidneyfund.org/give. A non-profit organization that provides comprehensive programs of kidney health awareness, education, and prevention. It provides financial assistance that helps 1 out of every 5 U.S. dialysis patients to access health care

Gabino, “Gabby”, “Sonny” was a husband, a father, army veteran, and a friend.  When he joked around with you, made you laugh, you knew that it was his way of wanting to be your friend. We are all better for having known and loved him.

A link to the funeral home’s obituary is below.

Share Your Memory of
Gabino
Upload Your Memory View All Memories
Be the first to upload a memory!
Share A Memory