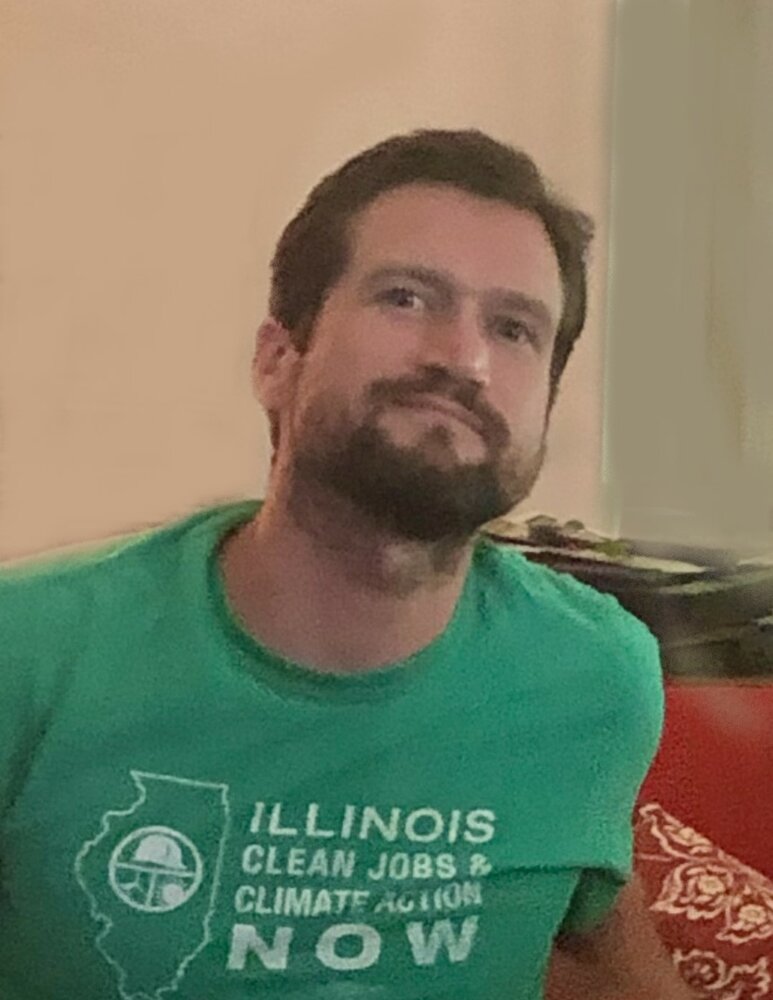 Please share a memory of Eamonn to include in a keepsake book for family and friends.
View Tribute Book

Eamonn Donal Casey was born on August 28th, 1986 in Evanston, Illinois. He left this earth suddenly on December 14th, 2022 in a tragic car accident. Eamonn was the beloved son of Marcia and Brian Leventhal, and J.J. and Sheryn Casey (of County Clare, Ireland). Eamonn grew up in Wilmette, Illinois and graduated from New Trier High School in Winnetka, Illinois in 2004. He joined the U.S. Marine Corps where he rose through the ranks to become a Sergeant. Eamonn specialized in avionics and served on the USS Boxer, repairing damaged radar systems on military aircraft. After leaving the military, Eamonn studied Geography and Environmental Studies at DePaul University. Eamonn was a lover of nature, a friend to animals, and a talented musician. He graduated from Southern Illinois University with a bachelor’s degree in Psychology. He worked as a paralegal with the Beard Law Firm in Carbondale, Illinois. He then moved to Austin, Texas where he was pursuing a career as an electrician.

Eamonn was a brilliant man with a kind heart and a gentle soul. He was dearly loved by his family and friends and will be greatly missed. A celebration of Eamonn’s life will be held in Austin, Texas in the Spring of 2023, and a virtual option will be available for those who can’t attend in person.

In lieu of flowers, donations can be made in Eamonn’s memory to the animal rescue or environmental charity of your choice.

Share Your Memory of
Eamonn
Upload Your Memory View All Memories
Be the first to upload a memory!
Share A Memory